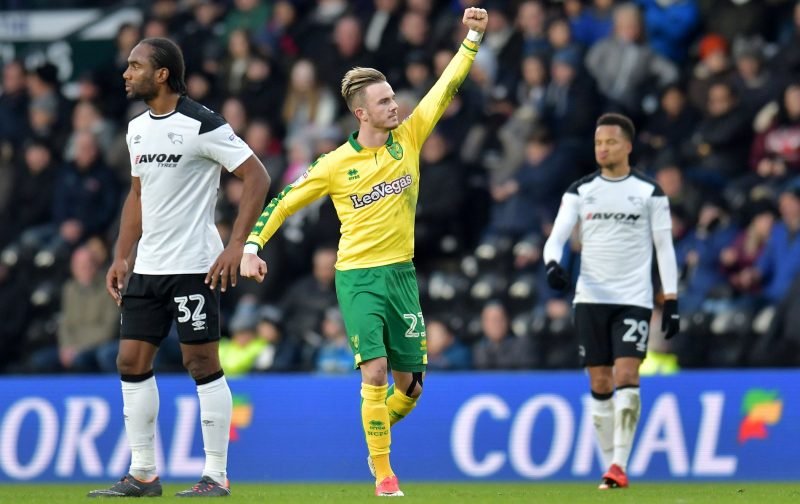 The 21-year-old midfielder has been the stand out player in the Norwich squad this season and without him, I suspect our season would’ve turned out very differently.

Madders has scored 15 League goals and just been named in the EFL and Championship teams of the year, as well as getting his first England U21 caps this season. He is also almost certain to win the Barry Butler Memorial Trophy in just over a week’s time.

That has attracted plenty of attention and Tottenham, Arsenal, Everton and Manchester City are all said to be very keen by the Telegraph. Southampton and Brighton are also credited with an interest, although which league they are in next season would surely play a big part in their ability to bid.

I’ve said before that when he is sold, it would have to be to a team that could offer Madders regular game time as he needs to progress. Both he and his agent will know that because sitting on a bench is not going to be good for the lad.

He is valued at anything between £20-30m, depending on which report you read and last week, the national media were saying that Leicester City were in pole position to sign him.

It’s going to be a fluid situation.

The good news is that Maddison signed a new contract last June that ties him to Carrow Road until 2021 – nice work, Mr Webber. That should mean that if he is sold this summer then it will be for a very high price. He is English and he’s producing the goods week in, week out and if any club wants to buy him, it’ll cost what will no doubt be a record fee for a player received at Norwich, by some distance too.

There is, of course, the possibility that he could stay and the club might reject all offers and build a team around him, although that does seem unlikely. Or perhaps he will be sold and loaned back, who knows?

This summer is going to be very interesting.