What Will Norwich City’s Squad Look Like Next Summer? 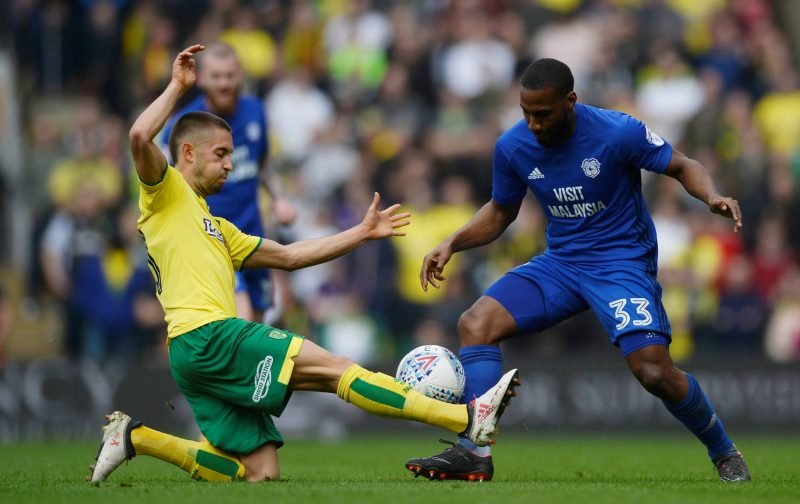 What will next summer’s Norwich City squad look like?

It’s a question that I’m asking myself more and more as this terrible season comes to an end. There’s the inevitable worry that the big earners currently out on loan (Martin & Naismith) will return to the club to join big earning stayers Matt Jarvis and Michael McGovern, and continue to pick up their big salaries.

They need to be shipped out permanently and Stuart Webber will know it.

Naismith appears on the face of it, to be doing quite well at Hearts. He has spoken about potentially staying but accepts that the decision will be Norwich City’s to make, rather than wholly his. It wouldn’t surprise me though if he would be happy to take a wage cut to enable it, we’ll see.

Russell Martin meanwhile, appears to have become the player we know he is, while on loan at Rangers, playing as a centre back.

He was absolutely savaged on social media by angry Rangers fans after his performance in the ‘Gers 4-0 defeat to Celtic in the Scottish Cup semi-final at the weekend and that’s not the first time it’s happened either. That doesn’t bode well for a transfer, although should Graham Murty remain in charge, there’s always a chance of something happening.

I can’t imagine that any team is going to want to take Jarvis off our hands as the “Glass man” is still apparently injured. He’s been close to a come-back lately but I’m not holding my breath.

The budget that Stuart Webber will have is still unknown but it doesn’t look like it will be very big and most likely, loans and free transfers will be the order of the day unless perhaps a huge fee can be gained for Maddison. I suspect that Nelson Oliveira is ripe to be moved on and from his demeanour at times this season, I doubt he’ll object either.

Josh Murphy is also attracting Premier League interest, with Crystal Palace being the latest to be credited with an interest by the national media.

Will all three of them be sold? Quite possibly.

On Tuesday, Daniel Farke was quoted as saying that he is interested in keeping Harrison Reed and Moritz Leitner longer than their current loans, in the EDP

I’d be happy to take them both again next season but have doubts we could afford to buy them. Reed is English (which makes him expensive) and his parent club, Southampton, are in a desperate relegation battle. If they go down then I would assume he would be just the type of player they might need in the Championship.

Leitner, if you follow my humble blog you will know how much I rate him, oozes class and is clearly capable of playing at a much higher level. He joined Augsburg from Lazio for only 1.5m euros last summer and was allowed to join Norwich on loan in January after failing to impress for whatever reason.

That could give Norwich a chance of getting him, especially if Maddison is sold. The fee is unlikely to be too large if Augsburg think he is surplus to their squad but does he want a full-time move to England?

His relationship with Daniel Farke got him here in the first place and that could be key to him staying. I’m sure that Webber and Farke know what he is capable of so they’ll hopefully do their best to persuade him and his club.

Angus Gunn seems destined to leave unless Manchester City could be persuaded to let us have him on loan again, which seems unlikely but has to be worth asking about. If he doesn’t return then Remi Matthews would be my pick for the club’s new Number One.

Webber recently alluded to a new player deal being in place but he couldn’t announce it yet. Social media has put two and two together and come up with Toni Leistner. You may remember that the Union Berlin centre-back was heavily linked last summer and even started following the club on Twitter. It didn’t happen then with his club adamant he wouldn’t be sold, despite his contract running out this June.

Could he be the new player incoming? Does it mean Timm Klose (one year on his current deal left) will be sold? What happens to Marcel Franke?

If Leistner or other European players do arrive, there will be the issue of “homegrown” players being needed in the matchday squad to consider.

Effective from the start of next season, there will be an increase from six to seven in the number of ‘home-grown’ players that must feature in a match-day squad. The definition of a ‘home-grown’ player is one who has been at an English or Welsh club for three years prior to their 21st birthday.

There will be the likes of Morris, Cantwell, Godfrey, Thompson, Murphy (if he isn’t sold), Watkins, Hanley, Gunn/Matthews around the place and although it’s a big consideration, I’m sure that the club can deal with it.

Alex Tettey also looks likely to leave to me, as there has been no indication so far that he’s going to accept a wage cut to sign a new contract.

There are so many issues to consider with our squad and it looks like the next transfer window will be another ridiculously busy one for Webber and co.

What the squad will look like next summer is a question that occupies my mind and I reckon it probably crosses your mind too. You can bet though, that it is dominating Stuart Webber’s thoughts.