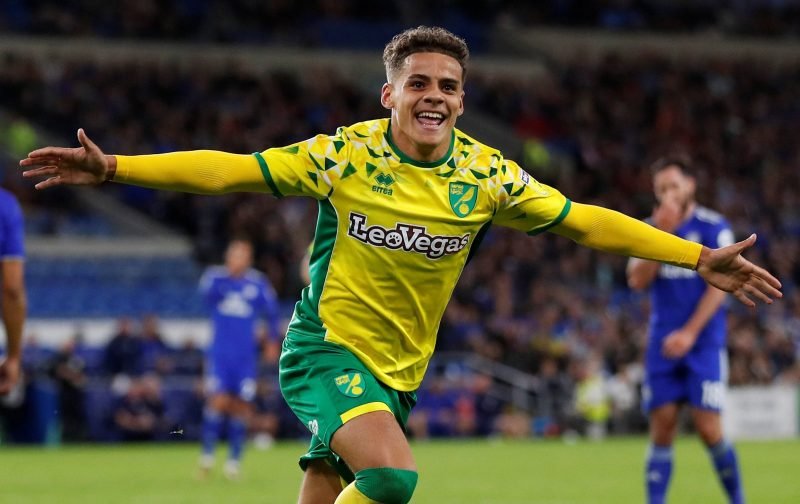 If you’ll excuse me pinching Jimmy Greaves’ famous catchphrase, I’d like to talk about what happened at the Cardiff City Stadium last night.

Just four days ago, it was all doom and gloom and I wrote in despair about Norwich being embarrassed by a clinical Leeds side who had taught us a bit of a lesson.

I say “embarrassed” but I was talking about the scoreline when I wrote that. For periods of that game, City were their equal but just didn’t show the same finesse in front of goal as the league leaders. That and the fact that their goalkeeper had a standard solid day out and ours didn’t.

I fully expected Norwich to get beaten by Cardiff and I don’t mind admitting that to you. The way I’ve been feeling since the games against Preston and Leeds has just made me feel that this season seems set to follow the same path as last season. That might still be the case, of course, but last night, a second string Norwich side tore a second string Cardiff side to pieces.

There were so many positives ahead of Sunday’s East Anglian derby at Portman Road that I imagine the Canary Nation is feeling much brighter ahead of that massive game.

In terms of what we saw last night first, Max Aarons put in another very good performance and scored his first senior goal for the club. He has become not only the first player born in the 21st century to make a senior appearance for the club but he’s now also got a goal too.

With City also having had Jamal Lewis break into the first team in the last 12 months, it seems that we have another good, homegrown fullback on the way too.

Across the defence, there were also good performances from Felix Passlack and both Christoph Zimmermann and Ben Godfrey, who Daniel Farke earlier described as having the potential to become a “World class” centre back. That is huge praise indeed and it makes me think that he is clearly being lined up to replace Timm Klose. Klose’s future is still unclear, at least until the transfer window closes on Friday but then we will have the same situation in January when his value will have dropped dramatically.

Anyway, moving on to the midfield, Alex Tettey and Tom Trybull were given the chance to play together ahead of the Portman Road trip and it’s fair to say that they were both good. Particularly Super Tom, who was outstanding. I imagine that they will both start on Sunday.

Finally, Emi Buendia got to make his full debut as well. Emi’s debut has been somewhat delayed by both injury and a new baby but now he’s available and he looked a bit special. His flicked pass for Dennis Srbeny’s first goal was absolutely filthy.

Yes, you read that right. Dennis Srbeny scored and not just once, he got a brace, the first being a terrific, instinctive left footed shot into the top bin from 14 yards. 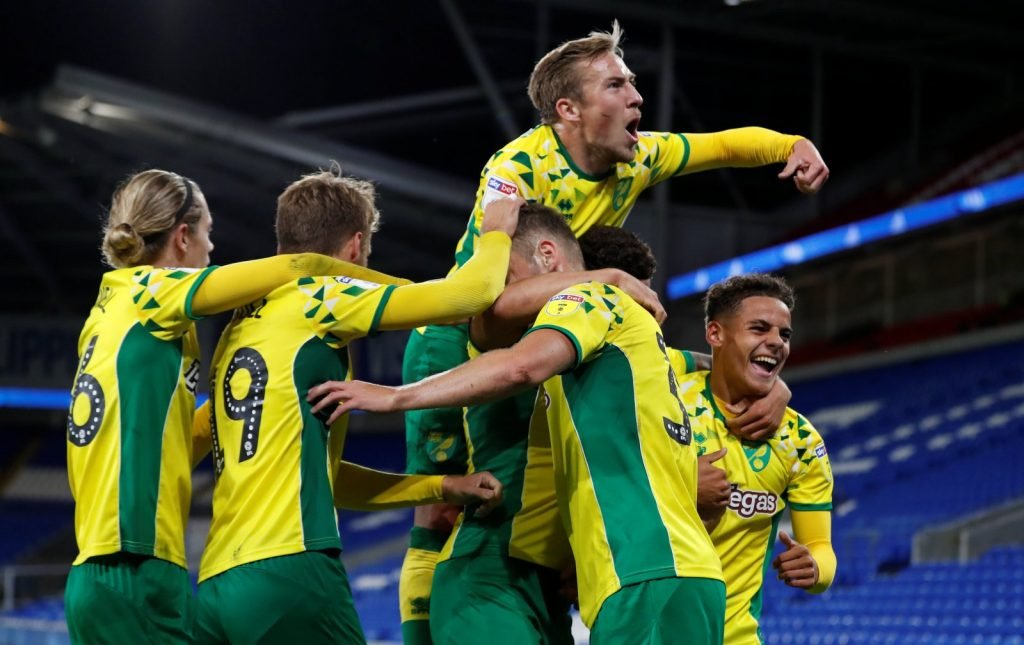 His second owed a lot to Marco Stiepermann, who ran to the byline and stood the ball up at the far post for Dennis to score with a close-range header.

Dennis has had a slow start to his Canary career with just one goal in his previous six months at the club. He missed a big opportunity to dislodge Nelson Oliveira during that awful barren run of his in the second half of last season but he has looked bright in some of his cameo appearances from the bench this season, so far.

Obviously, Jordan Rhodes is going to be the first choice but he needs some competition and Jordan will have noticed Srbeny and know he is his competition for a starting place. He may not have felt too worried so far but a couple of goals in what was, I have to say, an excellent performance from Dennis will do everyone good. 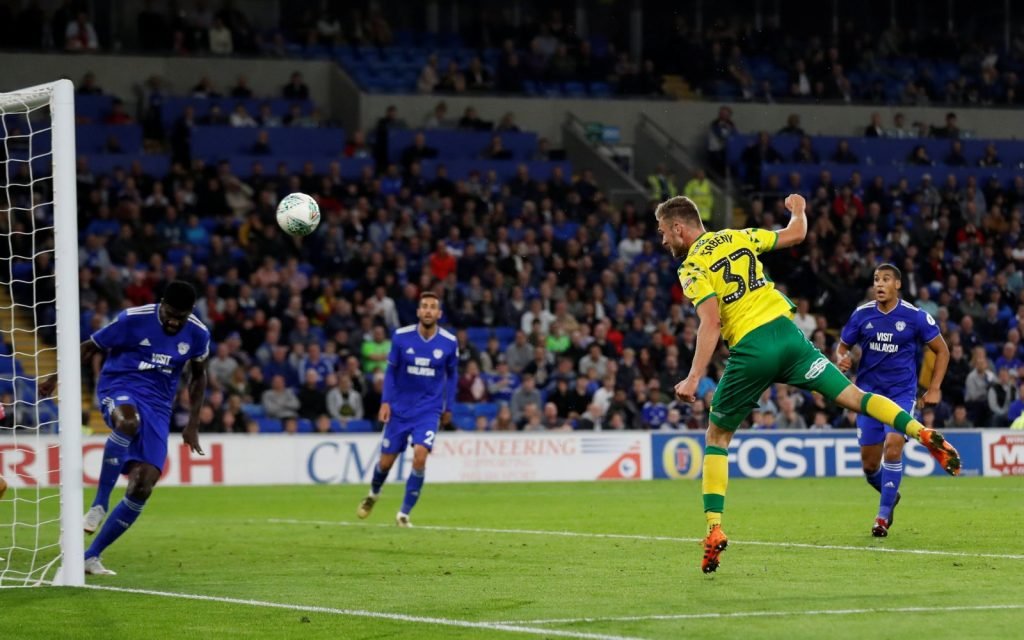 Cardiff were pretty poor but did manage a late goal, their first of the season in all competitions, and it looks like it could be a long season for the Bluebirds.

It’s worth mentioning that Michael McGovern also had a decent game and he looked assured and confident. He made some good saves when called upon and does that give Daniel Farke a decision to make?

Tim Krul has hardly been solid so far, so would he drop him? What would that do for Krul’s confidence? Has Farke got the cojones?

This match has given Herr Farke a number of decisions to make ahead of the Ipswich game. They are, of course, nice decisions for any Head Coach to have and it’s better to go into this match with a degree of form and positivity, than not.

I’m hoping that the pressure will all be on Paul Hurst and his squad and that playing away from the weighty pressures of Carrow Road could mean that City play with some confidence and fearlessness.

The key would seem to be, as ever, to get the first goal and watch the home support turn. From what I can make it, they are as close to that as we have been.