Transfer Talk As Norwich Prepare For Their First Pre-Season Friendly 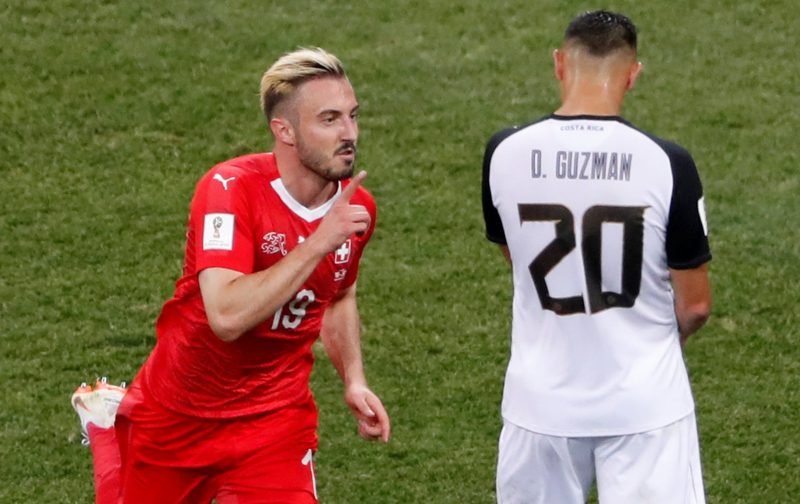 Daniel Farke says that there could be “one or two” more signings before City’s return to the Premier League in less than a month’s time.

Talking to the club’s official You Tube channel, Daniel sat down for a fireside chat to explain how things are going – he was only missing a cardigan and a rocking chair!

The Canaries are currently in Germany on a pre-season training camp, with the first friendly game of that trip taking place on Sunday afternoon against Arminia Bielefeld.

So far, there are only three new first team additions, Patrick Roberts, Josip Drmic and Ralf Farhmann, with only Drmic being a permanent (free) signing and Roberts and Farhrmann being season-long-loans. Fahrmann has cost a fairly hefty loan fee, rumoured to be £3m, and although Roberts may also have a loan fee, it is likely that it’s not going to be anywhere near that of the hugely experienced Farhmann.

So, other than the Fahrmann loan deal, City haven’t really spent a huge amount of money, not that we’re expecting them too either. I note that Sheffield United have signed reported Norwich target, Callum Robinson from Preston for £8m and that another rumoured target, Javier Ontiveros has, according to Marca.com   agreed to terms with Villareal on a £6.5m transfer.

I think it seems likely that City have been looking at more attacking options if these links to wingers are to believed.

It does concern me that we don’t have a right back option sorted out yet because despite how good he is, expecting Max Aarons to complete a full season at his young age, even if he can stay injury free, is a big ask. Ben Godfrey could conceivably fill in there but I think we’re all agreed that Ben has emerged as an excellent young centre-back.

If I was being greedy, then I’d like to see us strengthen with another defensive midfielder too. This is likely to be Alex Tettey’s last season at Carrow Road as he is now in the final year of his contract. Tom Trybull probably gets the nod in that role for me, at least to start the season, but by the nature of the role being so physical, you’ve got to expect a few injuries in there.

The club have, of course, signed young Charlie Gilmour and it could be that his season-long-loan to Dutch club, Telstar will have the aim of toughening him up to be ready to become that new defensive midfielder from next season onwards, depending on how he gets on in Holland, naturally.

Up front, again if I was being greedy, I’d like to sign another striker this summer. Teemu Pukki is going to be the main man with Drmic fancying the challenge of being his main competition. Dennis Srbeny is the third striker, with 18-year-old, Adam Idah joining up with the first team too. Idah has never played regular first team football and this is going to be a big culture shock, although being so young, I’d imagine he’s going to be pretty fearless and confident in himself. He’s been a prolific scorer at academy level and his elevation to the squad will give Farke a chance to run the rule over him in pre-season and make a decision. Does he stay or go out on loan?

Hopefully, he’ll be good enough, another young starlet would be very welcome. If he doesn’t impress though, perhaps a late deal for a striker, maybe Jordan Rhodes if the price is right, could be done.

Keep an eye on the Vital Norwich Forum over the next week or so, there will be updates and opinions on the City Talk section under the German Tour thread as well as the usual stuff on the front page.