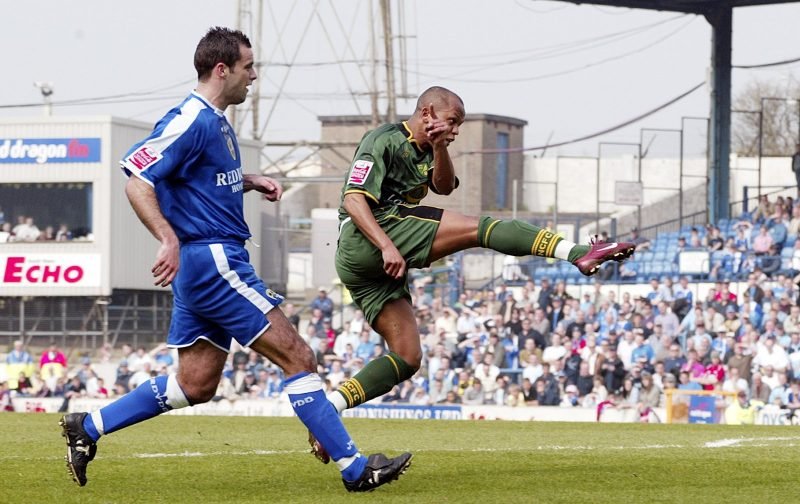 Whilst the lockdown continues and the chances of seeing live football in front of your face seem further away than ever at the moment. Some of us over on Vital Norwich Forum  have been talking about our favourite ever Norwich City goals and the memories that they have provided.

You may have already read one or two others that have been posted on the site but here’s a few words from Forum Hero, Nathan_NCFC who hails from Wales, which will explain why this particular goal against Cardiff makes the top of his list.

“One of the goals I will never forget was in the 2005/06 season away at Cardiff (Ninian Park). Norwich won 0-1 courtesy of a Rob Earnshaw goal. (Sorry,  Nathan but try as I might, I can’t find this one on YouTube – I did find a few photos and video of the others though.)

I was still in school at the time and was my first Norwich game in person (having started supporting them during the 2002/03 season at age 12). Having been brought up in very strong Bluebird terrority in the welsh valleys I had the comments and banter given to me every single day at school within my friend circles and out of it by Cardiff supporting friends as well.

A bunch of the boys I was friends with at the time were also at the game and we could see each other as the old Grange End used to be next to the away fans. When Earnshaw scored that goal we (The Canary faithful) all went mental and even now the memory is just a blur to me. I was picked up onto the shoulders of this random man who ran the length of the stand with me on top of him before a few of us fell over at the end closest to the home fans. I swear I was 10 feet  taller at school for the rest of that year and oddly didn’t get as many comments anymore!!” 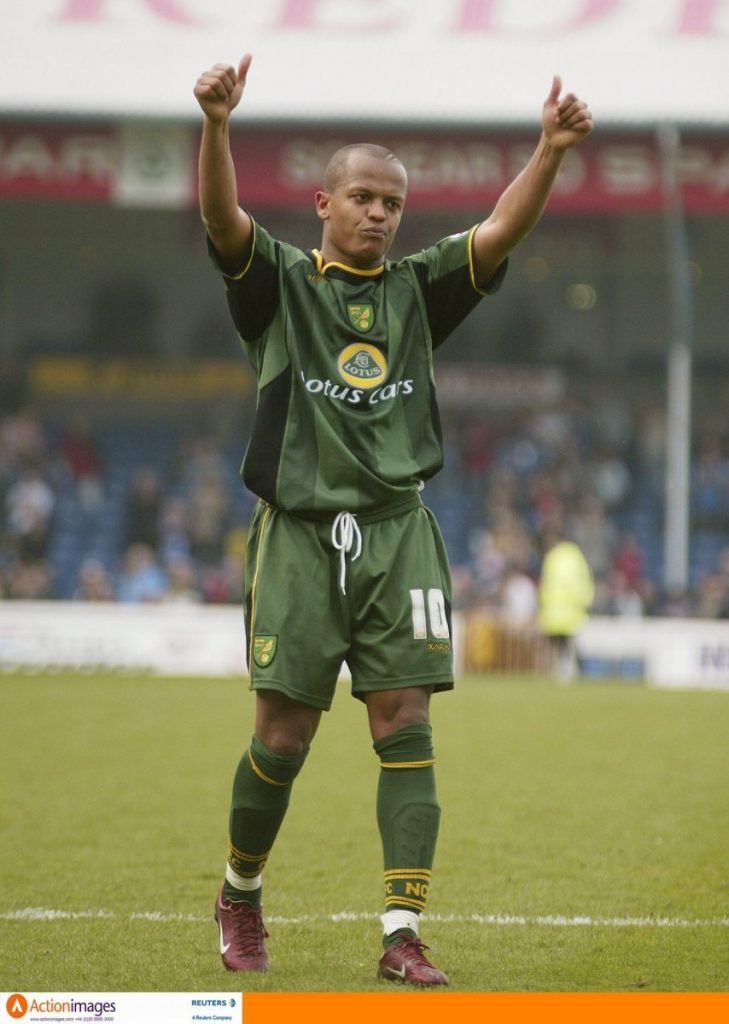 “The quality of the goal was poor and the game was less than memorable, but it was the personal reasons for why it’s probably number 1 for me. Next to that I’d have to say Simeon Jackson v Pompey. Another Cardiff away day 2014/15 is special to me as well, being 2-0 at half time and seeing my mates taunting me from afar – only to score 4 goals in second half and win 4-2. Buzzing.”

“Based on being the best for the goal itself – has to be Safri’s goal v Newcastle every time.”

“For most technical goal I give it to Hucks. I think it was against Birmingham City and I remember that he went in and out of at least 9 players from what seemed like our own goal line to the other end and scored calmly. Amazing.”